Negotiations between representatives of the two organizations were held in Moscow last Tuesday, according to the Media Center of the Eurasian Peoples' Assembly.

The consultations were attended by First Deputy Secretary General - Head of the General Secretariat of the Eurasian Peoples' Assembly Svetlana Smirnova and Head of the Department for Assistance to International Development and Cooperation with International Organizations of Rossotrudnichestvo Vitaly Shchegolev.

Advisor to the Head of the Federal Agency for CIS Affairs, Compatriots joined the talks living abroad and for international humanitarian cooperation (Rossotrudnichestvo) Vitaly Solonetsky, Deputy Secretary General of the Eurasian Peoples' Assembly Mikhail Fedorov and President of the International Association of Historians of Asia Stanislav Korolev, as well as Chairman of the Coordinating Council of the Youth Assembly of Eurasian Peoples Alexander Muromsky. Alexander Lebedev, General Director of the Big Asia TV channel, took part in the consultations. meeting, Svetlana Smirnova reminded the participants that “representatives of 44 countries are members of the Eurasian Peoples’ Assembly, and Russian and English are the working languages.”

“The Russian language is one of the most important tools for promoting the Russian social system and expanding international cultural humanitarian cooperation between countries,” said Vitaly Shchegolev, representative of Rossotrudnichestvo.

The central topic of bilateral consultations was the discussion of the projects of the Eurasian Peoples' Assembly on work with youth. As a result of the negotiations, it was decided that part of the developments created in the Assembly could be included in joint programs. The meeting also touched upon issues in the field of culture, education, sports, tourism, people's diplomacy and possible cooperation options.

The result of the discussion was an agreement on the exchange of information and cooperation with Russian centers of science and culture within the framework of the global project of the Days of the Eurasian Peoples' Assembly in different countries. According to Svetlana Smirnova, similar work is already underway in India, the United Arab Emirates, France and Serbia.

Concluding the negotiations, the parties agreed to sign a Memorandum of Cooperation and scheduled the next meeting. 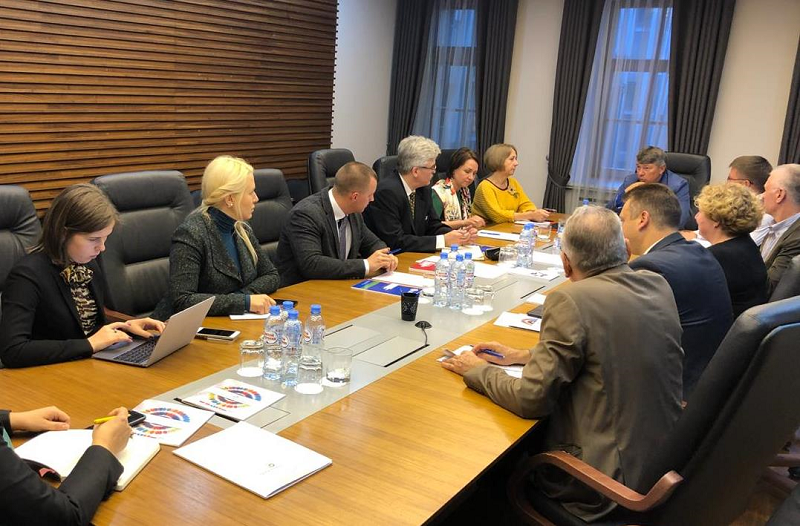 On April 22, the Assembly invites to a round table on happiness

On November 15, a meeting of the General Council of the Eurasian Peoples’ Assembly was held

The Youth Assembly opens the Lecture Hall. Farhad Ibragimov became the guest of the live broadcast