Another online meeting was held with partners of the Eurasian Peoples' Assembly.

The guests of the Assembly were representatives of the International Mugham Center in Baku (Azerbaijan).

During the meeting presentation of the International Mugham Center and new projects of the Eurasian Peoples’ Assembly.

Recall, with the International Mugham Center, the Assembly  mezhdunarodnym-centrom" target="_blank">signed the agreement in Assembly Days in Azerbaijan.

Other colleagues from Azerbaijan also joined the online meeting. Rauf Zeini, President of the National NGO Forum of Azerbaijan, Deputy Secretary General of the Assembly, got in touch. With this organization, the Assembly has also  agreement while in Baku.

The participants of the online meeting discussed the prospects for further implementation of joint projects.

The meeting was moderated by Lyubov Elkina, Deputy Head of the General Secretariat of the Eurasian Peoples' Assembly for Information Policy.

The record of the meeting has been posted on the YouTube channel of the Eurasian Peoples' Assembly.

About mugham and the International Mugham Center in Baku

Mugam is one of the main genres of Azerbaijani music. In 2005, at the initiative of the President of the Heydar Aliyev Foundation, Mehriban Aliyeva, a decision was made by a round table meeting with the participation of prominent mugham figures. During the discussions, a decision was made on the need to create International Mugham Center in Baku. By the decree of the President of Azerbaijan Ilham Aliyev in 2005, the establishment of the International Mugham Center was approved.

Inclusion of mugham in the list of Masterpieces of the Oral and Intangible Cultural Heritage of Humanity by UNESCO in 2008 also confirmed the need to create a separate international center specializing in activities for the reproduction of this genre.

The Assembly of Nations Eurasia  is an international non-governmental organization that aims at global partnership and the development of multilateral cooperation between representatives of different countries - citizens and organizations.

Currently, the Eurasian Peoples' Assembly has concluded more than 80 agreements with partners from 15 countries in various fields of activity: culture, entrepreneurship, development of integration ties between the peoples of Eurasia, public diplomacy. 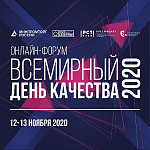 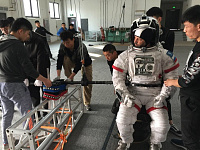 We were taught: "Any role is me in the circumstances"

The results of the festival "We are together!" 2020

Council of Bakers and Confectioners congratulates on World Bread Day