How to attract investments, why reveal the potential of the project and what you need to know to build the right business relationships? These and other questions were answered by the participants of the conference “Public-Private Partnership within the Framework of Eurasian Cooperation”, which took place on September 26 at the Russian House of International Scientific and Technical Cooperation.


The conference was organized by the Russian House of International Scientific and Technical Cooperation Association (RD ISTC) and the Eurasian Development Bank (EDB).

The meeting participants were greeted by the Secretary General of the Eurasian Peoples' Assembly Andrey Belyaninov. He noted that serious work has already been done to expand the borders between countries that are ready for cooperation.

“We have done serious work on the calculation of national currencies, created a business and settlement center. In addition, we have established relations with all national banks and stock exchanges of our shareholder countries. Broad tasks have been set: to establish the same relations with other countries that have a fairly large trade turnover with Russia,” said Andrei Belyaninov, Chairman of the Board of the EDB, Secretary General of the Eurasian Peoples’ Assembly. 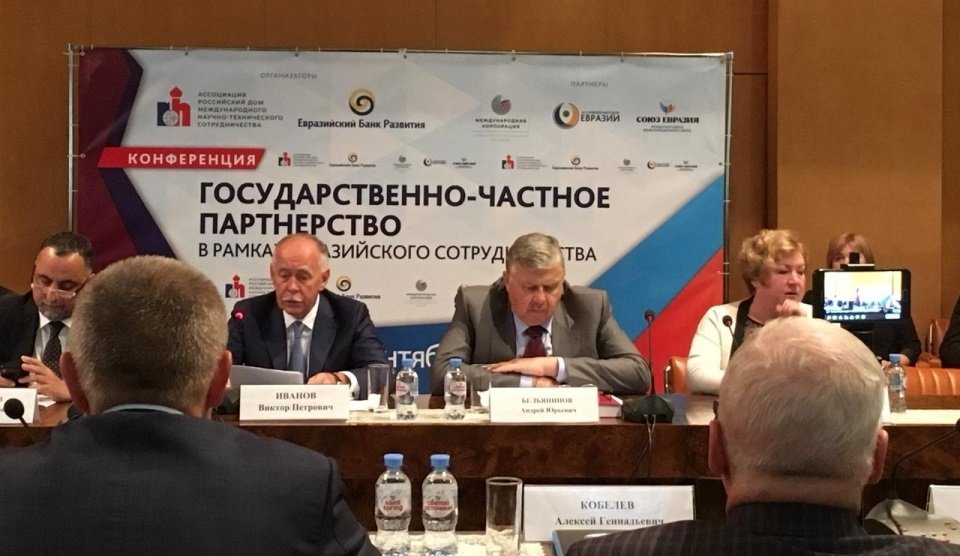 The main topic of the meeting was the discussion of building relationships between representatives of socially significant projects and investors. Within the framework of the conference, the participants also raised the problem of informing about activities in the field of public-private interaction. Big Asia TV channel acted as the main partner in covering this event.

a number of regions. It has no administrative boundaries, and in addition to the pool of business structures, both the federal budget and regional budgets participate in its implementation. Therefore, this is a matter of general agreement - securing these rights and obligations legally - and then the question is about execution," - emphasized the President of the Association "RD ISTC" Viktor Ivanov. 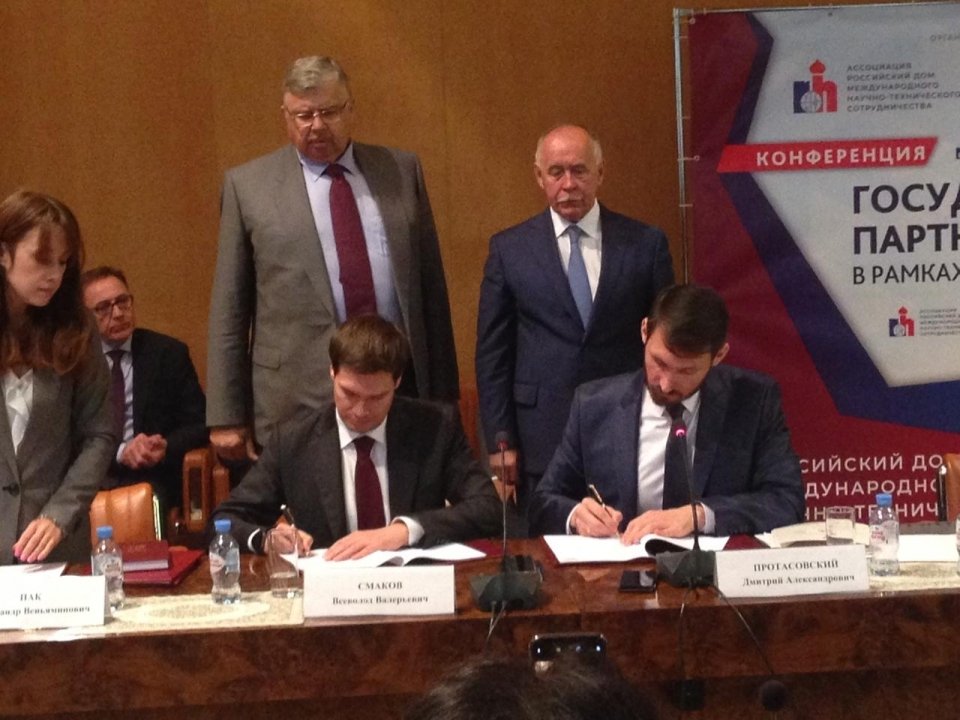 Separately, the conference raised the currently topical topic of various forms of partnership and concession agreements in the implementation of national projects. This means that services will be provided on mutually beneficial terms both for investors and project representatives.

A large-scale presentation was held as part of the event, dedicated to the construction of railways in those regions that are in dire need of new transport interchanges . General Director of JSC Interregional Company "Belkomur" Vladimir Shchelokov noted that the project is one of the few worked out. It is already possible to calculate the amount of material needed for construction.

Within the framework of the conference, agreements were signed between the Eurasian Peoples' Assembly and the Russian House of International Scientific and Technical Cooperation. Also, the RD ISTC Association signed an agreement on mutual cooperation with the Eurasian Development Bank. 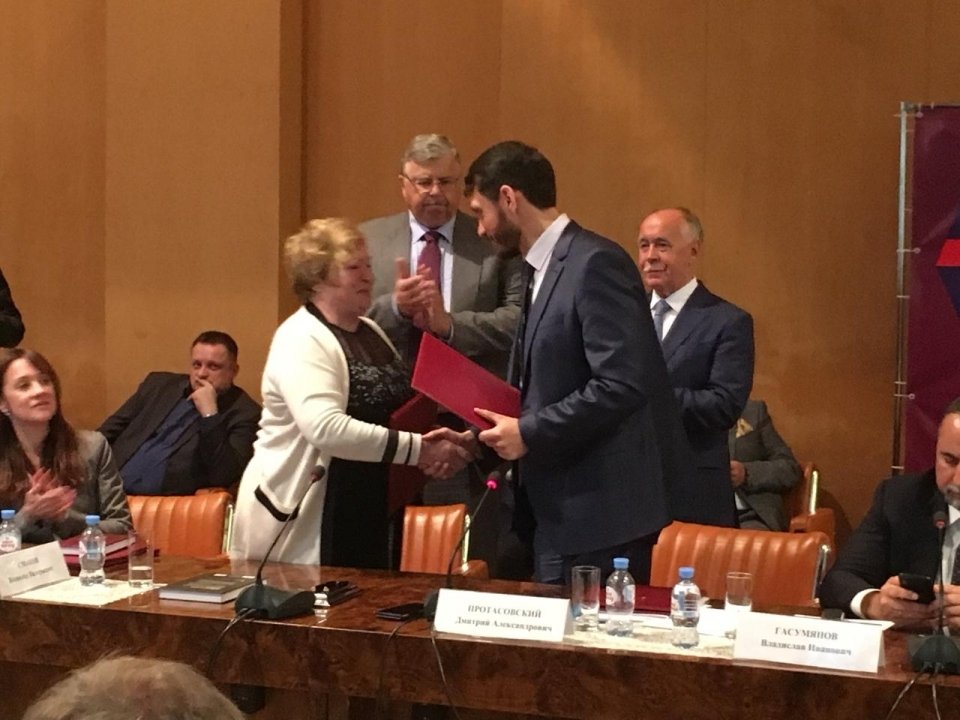 Speech by the President of the Association "Russian House of International Scientific and Technical Cooperation"  ;Viktor Ivanov at the conference “Features of the implementation of projects using PPP mechanisms / concession agreements within the framework of Eurasian cooperation”< /b>

I am glad to welcome all of you within the walls of the Russian House of International Scientific and Technical Cooperation, the successor of the USSR State Committee for Science and Technology (SCST) in the field of work with international scientific, industrial and investment organizations. This place is the heart of the history of the late Soviet and Russian state in the field of international relations in the field of science and technology. Since 1979, official delegations from all over the world have been hosted here.

Our Association, of which I am the President, was established in 1992 in accordance with the instructions of the President of the Russian Federation in order to revive the House receptions of the SCST.

The Association represents the interests of our country in a number of international organizations. In particular, since 1996 he has been the official representative of Russia in the Asia-Pacific Center for Technology Transfer, which operates under the auspices of the UN. The association is also a founder of the Russian-Chinese consortium "Center for Science and High Technologies", a partner of the Italian Institute for Foreign Trade (ICE), and since 1998 a member of the International Federation of Inventors Associations (IFIA).

For the past five years, the President of Russia has set the task of organizing a breakthrough and breakthrough.

But how to do it?

To form a vision of what can set a new economic productivity for the country in the next decade , or, more simply, a clear understanding of what exactly will allow the country to earn significantly more, at times, and increase profitability. Especially if world oil prices do not rise, but most likely fall.

Vivid examples are the high-speed highways and railways Moscow - St. Sea Route, large-scale projects for the production and transportation of liquefied natural gas, complex projects within the framework of the Silk Road and a number of others.

At the same time, the concession mechanism plays a key role in the development and implementation of infrastructure projects. It can even be said that companies engaged in concession activities are among the key operators in fulfilling the tasks set in national projects.

By the way, many significant infrastructures were created back in Tsarist Russia through the mechanism of concessions. In the middle of the century before last, the first concessions for the construction of the Tsarskoye Selo railway, and later the Nikolaev railway, were realized. This experience was so successful that it catalyzed the emergence of a whole pool of private railway companies, which in turn formed the infrastructural basis of railway construction throughout the country. Examples include the Rybinsk-Osechensk railway, the Kharkov-Nikolaev railway, the Rostov-Vladikavkaz railway and many others.

Therefore, both historical examples and the experience of recent years show promise concession mechanism for the implementation of large infrastructure projects.

Among the significant and in demand in the country such projects I would like to mention the following:

development of the Arctic shelf as a tool for expanding the country's energy potential and a unique opportunity to increase the competitiveness of our hydrocarbons over Arabian and shale hydrocarbons by significantly reducing transportation costs and privileged access to deposits;

creation of infrastructure for direct space access for Russian information networks in order to provide domestic control systems - the creation of a Russian version of European and American competitive in, Oneweb and  Starlink;

At the same time, it should be understood that we are talking not only and not so much about aircraft, but about the entire set of infrastructures that ensure the country's connectivity. That is, these are air traffic control systems, a network of airfields, this is the unification of aircraft rows, & nbsp; service network, etc.

Optimize spatial development and settlement in Russia, radically improve the socio-economicnomic, environmental and demographic situation in Russia and in neighboring countries will allow a large-scale infrastructure project for the hydrotechnical development of the great Russian rivers through their reconstruction into cascades of reservoirs and the construction of inter-basin navigable connections, to the development of a country-wide system of deep-water communications with the associated use of hydropower and the solution of almost all existing water problems - especially shallowing and floods.< /i>

Such a river project can become the basis of a long-term, for 60–80 years,  plan for the reconstruction of the river network and the corresponding long-term investment and construction programwhich, by the way, fully utilizes the construction capacities that are currently in crisis.

In this context, it is extremely important the logic of regional infrastructure projects, meaning not only regions limited by administrative boundaries, individual governors, leaders, but also macro-regions that are unified from the point of view of geoeconomics. The well-known and understandable examples are the Arctic, the Far East.

Separately, I want to note such a significant macro-region for Russia as the Non-Black Earth Region, where not development, but desolation and depopulation of territories is taking place at a faster pace. Here, in the old Russian regions, the lands of the cultural and historical identity of the Russian people, new ways of life and competencies, a whole network of multi-infrastructure bridgeheads are also critically needed now.

Another macro-region vital for our country - this is Central Asia, where, let me remind you, colleagues, the priority development of Afghanistan plays an important role.

It is no coincidence that this region has become the object of extraordinary activity of the armed forces of the United States and NATO countries. Naturally, the Collective Security Treaty Organization is taking the necessary measures to ensure the stability of this macro-region, but at the same time, the purposeful and active implementation of infrastructural economic projects is critical and necessary here.

It is to solve this problem the Eurasian Economic Union was created, as well as the Eurasian Development Bank, designed to promote the economic growth of the member states through the implementation of vital and popular projects. A very logical addition to these institutions, in our opinion, would be the creation of a single major operator for the implementation of interstate infrastructure projects in this macroregion in the form of the Corporation of Central Asia, once supported by the Government of the Russian Federation (world analogues - USAID, Thames Development Corporation).

In general, today all the prerequisites for organizing a large-scale infrastructure project "Trans-Eurasian Belt of Ra development" -  TEPR - which could be, on the one hand, a good pairing with the famous Chinese project & nbsp; "One Belt, One Road", and on the other hand, an original solution for the sovereign infrastructure development of the Eurasian continent.

The essence of the TEPR project is to collect all projects into a single multi-infrastructure.

The doctrinal TEPR project has already been supported by the Russian Academy of Sciences and Moscow State University, and by now the Association "RD-ISTC" considers itself as the operator of the project and is developing a Roadmap for its organization and launch.< br>
Obviously, the implementation of the TEPR will not only provide colossal economic and social effects, but also gives a real chance through the use of new investment instruments to transform the worldfinancial system, having carried out the practical de-dollarization of the Russian economy and most of the economies of the Eurasian continent.

Dear Andrey Yuryevich, I know that the EDB is one of the leaders of the international Club of long-term investors, I suggest that the EDB act as a partner and customer at organization of the TEPR project - Transev the Asian development belt as a system integrator of the Eurasian development and a base for the breakthrough and breakthrough that the President of Russia requires.

Colleagues, I am sure that today's exchange of opinion will contribute to the implementation of projects using the mechanisms -private partnership and concession agreements within the framework of the Eurasian cooperation.

Thank you for your attention. 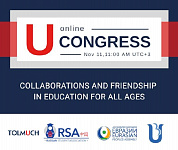 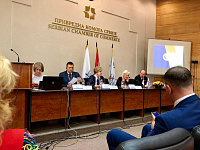 Andrey Belyaninov: Counteracting the distortion of history keeps peace on the planet

Zhanseit Tuimebaev: The world is in search of new forms of unity