On June 3, on the sidelines of the International Forum of People's Diplomacy dedicated to the 5th anniversary of the Assembly of the Peoples of Eurasia, the International Union of Non-Governmental Organizations "Assembly of the Peoples of Eurasia" and the Administration of the Volokolamsk City District of the Moscow Region signed a cooperation agreement.

The agreement was signedGeneral Secretary Assemblies of Peoples Eurasia Andrey Belyaninov andThe head of the Volokolamsk city district of the Moscow region Mikhail The link.

The subject of the agreement is the expansion and strengthening of international humanitarian and business cooperation, as well as the exchange of accumulated experience for the socio-economic development of the Volokolamsk City District in the following areas: culture, education, tourism, sports, youth work, commercial and industrial environment, export, import, finance, investment, innovation.

About the Volokolamsk city District

The city district is located in the west of the Moscow region. There are 269 settlements in the Volokolamsk district. The Volokolamsk Region is a unique place in the Moscow region, where historical milestones and memorable events are closely intertwined. The favorable ecological situation is combined with a rich historical heritage, with many ancient monuments, the preservation of which is given priority in the area. There are also a lot of places in the Volokolamsk district covered with the immortal glory of the heroes who fell in the fight against the Nazi invaders during the Great Patriotic War. The most famous is the field near the village of Nelidovo, near the Dubosekovo railway station. It was here that the bloody battle of 28 Panfilov heroes took place. Website - http://volok-go.ru /

About the Assembly of Peoples Eurasia

The Assembly of the Peoples of Eurasia is an international non–governmental organization aimed at forming a public integration model in the name of establishing peace and harmony through the development of multilateral cooperation and public (people's) diplomacy in the Eurasian space. The Assembly brings together representatives of more than 53 countries. The organization has concluded more than 160 partnership agreements in the field of culture, entrepreneurship, development of integration ties between the peoples of Eurasia and public diplomacy. Website – http://eurasia-assembly.org 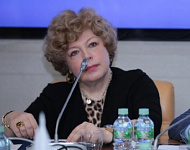 "Children of Eurasia" have learned to pass any casting

The youth seeks dialogue. What was discussed at the online forum on the anniversary of the Potsdam Conference in 1945 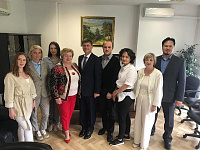