According to the organizer of the festival "All the colors of Eurasia" and project manager Galina Druon, a unique exhibition by Alexander Khimushin "The World in Faces" has opened in France.

It is unique in that its photographs show people from various parts of our vast planet.

The vernissage took place in the large university city of Lille, as planned as part of the international festival "All the colors of Eurasia", held annually with the support of the Eurasian Peoples' Assembly.

Alexander Khimushin calls himself a travel photographer. In fact, he is a real ethnophotographer, because in his portraits people are shown in national clothes and with decorations characteristic of representatives of a particular people. He says: “All authentic national culture, not a museum one, but a real one, is now concentrated in very distant corners of the world, so I am going to the most remote and hard-to-reach corners of the planet, where you can get acquainted with the culture, customs and way of life of indigenous peoples.” The photographer is most interested in small peoples that are on the verge of extinction. These aspirations coincided with the idea of Tatyana Lambolez, who holds a festival in France dedicated to the preservation of the culture of the disappearing peoples of Siberia and the North.

Last year, Tatyana Lambolez visited Buryatia and, having seen the photo exhibition of Alexander Khimushin, decided to meet the talented artist. As a result of this business meeting, Tatyana invited Alexander to come to France and present his photographic paintings at the international festival "All the Colors of Eurasia". Quarantine measures could interfere with these plans, but the painstaking organizational work on the festival and the exhibition continued throughout the year, and despite any obstacles, the photographs in early autumn & nbsp; arrived in France. 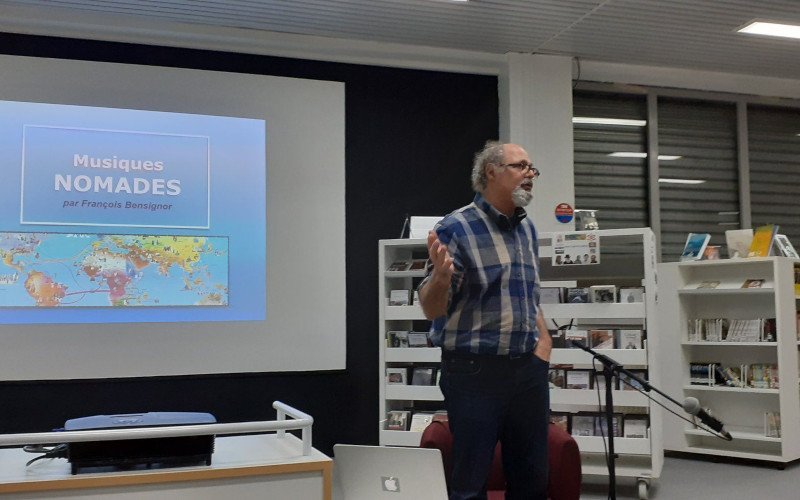 Vernissage of Alexander Khimushin in France took place on 5 October. This event accompanied  opening of the scientific-practical conference "Music of nomadic peoples of nomads" at the University of Lille. The conference was held by the world-famous musicologist-ethnographer, specialist in world music Francois Benseigneur. Thanks to his vivid story and video sketches, the audience made a musical & nbsp; journey from Siberia to Africa, then visited the steppes of Central Asia and returned to Europe.

The exposition of Alexander Khimushin was presented by the organizer of the event, Tatyana Lambolez. The presentation took place in a somewhat unusual way. 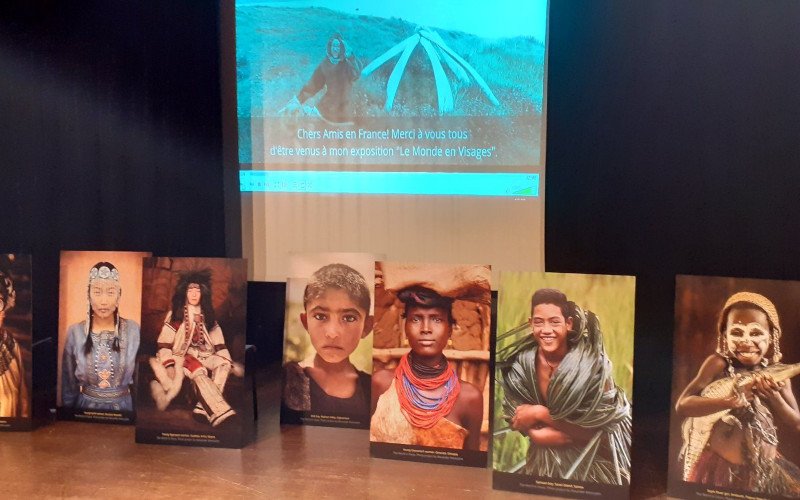 The cultural department of the University of Lille and the managing director, Dominique Lefebvre, have carefully observed all sanitary requirements under quarantine conditions. Due to these requirements, the photographs were exhibited on the stage of the La Passrell Theater. A video greeting from Alexander Khimushin himself was shown from the screen installed on the stage, who, due to quarantine, was unable to come to his own vernissage in France. 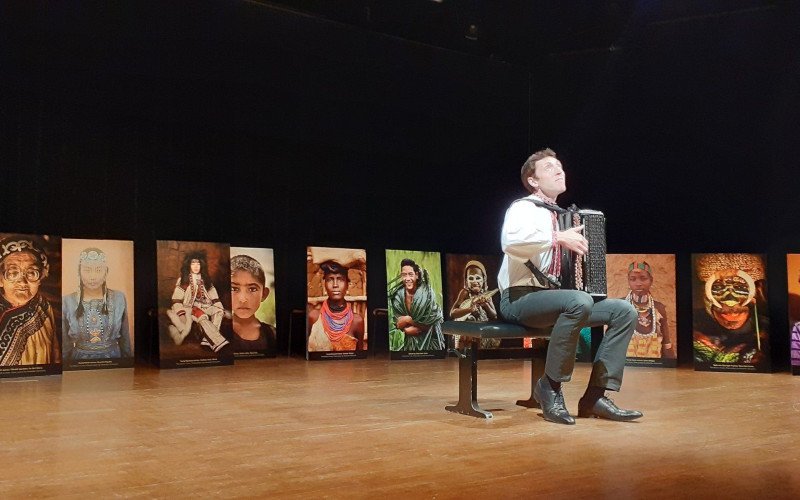 The remarkable artist Bogdan Nesterenko graced the cultural event with a virtuoso performance of musical pieces on the Russian button accordion.

From Lille, the paintings will move to the south of France, to the city of Orange. And there, in Orange, in November of this year, if the borders open, the All Colors of Eurasia festival is to be held, which is annually organized by the AltanArt company and the Graltan association in collaboration with the Orange City Hall and the French department of Vaucluse.

Tatyana Lambolez, organizer of the festival and exhibition, says: “Our big project “All the Colors of Eurasia” raises very important issues. Our goals are not only to show in Europe the ethno-cultural diversity and originality of the peoples of the planet, not only to attract the attention of the European & nbsp; the public to the problem of disappearing small peoples, but, given current political events, we say without any pathos that for the sake of peace on our Earth, we are raising an equally, and perhaps even more important problem of tolerance, tolerance towards other nationalities, religions and cultures ". 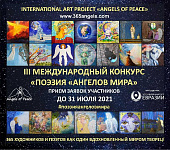