On December 8, the Ethno-Erato Eurasian National Costume High Fashion Contest, which was held in Moscow with the support of the Eurasian Peoples' Assembly, ended with a colorful gala concert.

The annual competition "Ethno-Erato" was held for the 19th time. This year, representatives of 36 regions of Russia and 7 countries of Eurasia took part in the competition: Belarus, Kazakhstan, Kyrgyzstan, China, Mongolia, Russia, Finland.

According to the organizers, the Ethno-Erato ” illustrates the powerful impact of ethnic clothing on the lifestyle of the multinational people of Russia and the peoples of all Eurasia, shows the historical patterns of the influence of the national costume of some peoples on others.

The exemplary team of the Katyusha Costume Theater (Russia, Leningrad Region, Gatchina) with a collection of ie "Kuma-darling". The second place went to the collection "Moscow fashionistas" of the Moscow creative studio of the Theater of Fashion "Design Fashion Laboratory". The third place was shared by the Faculty of Technology and Design of the Nizhny Novgorod State Engineering and Economics University with the collection "Bereginya" by Anastasia Kuvshinova and a team of fourth-year students of the department of theater and decorative arts of the Cheboksary Art College with the collection "Tales of the Russian Land". 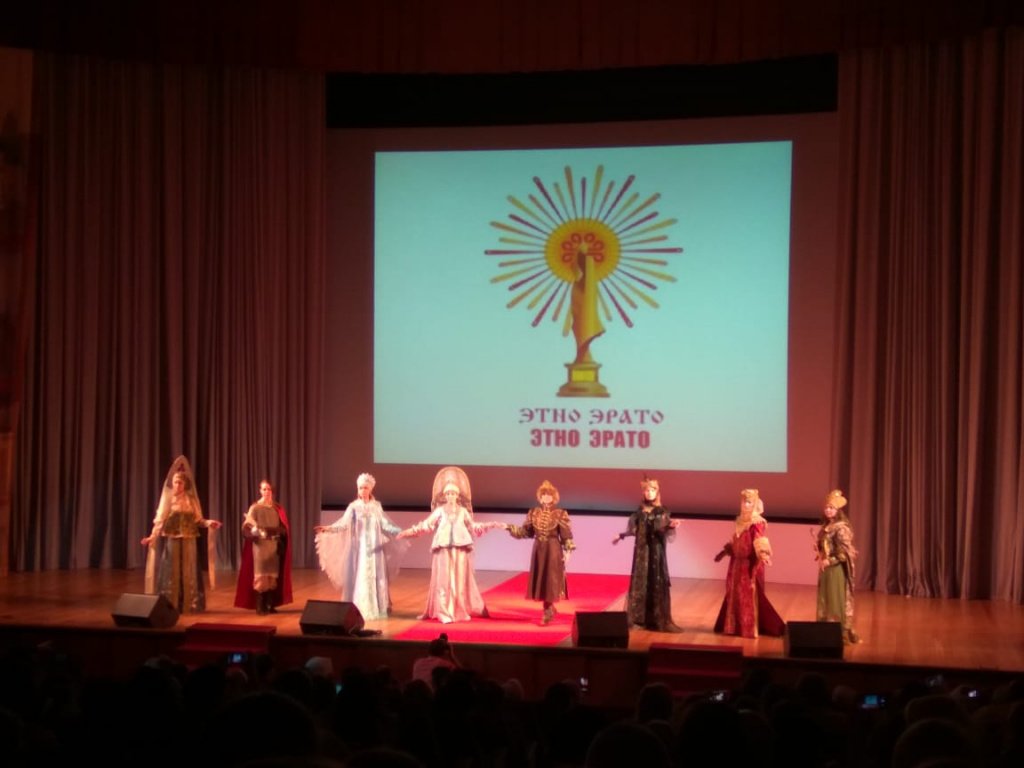 Caucasus” won the collection “Thread of Times” by Vera Agoshkina (Russia, Dagestan, Derbent, Museum of the History of World Cultures and Religions). The second place was awarded to the Municipal Children's Art School of Ust-Dzhugut (Russia, Karachay-Cherkessia) with the collection "Tauly kyz" ("Goryanka") by Madina Atayeva and RPO "Ararat" (Russia, Moscow) with the collection "Armenian Taraz" by Anna Mirzoyan . The third place was won by the Faculty of Design and Arts of the North Caucasian State Academy (Russia, Karachay-Cherkessia, Cherkessk). He presented Narsana Kochkarova's Mystery of the Silver Mountain collection. 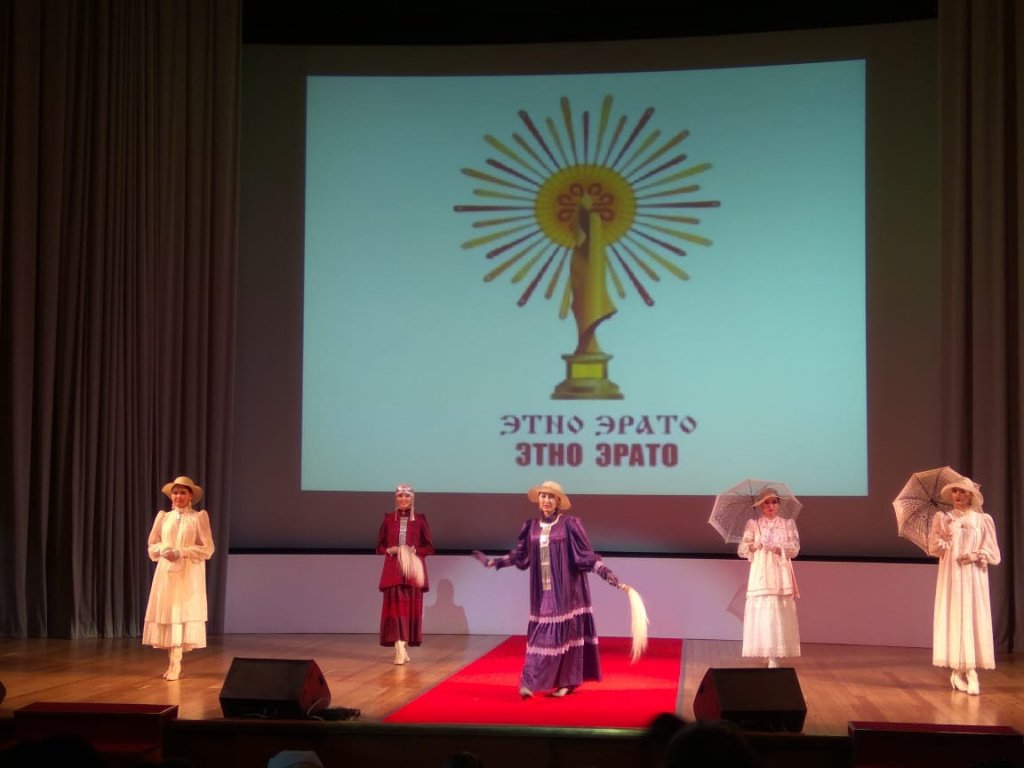 In the nomination "The best costume of the peoples of the North, Siberia and the Far East" all three places were taken by the Yakut collections. The National Center of Folk Applied Arts and Crafts "Simakh" with the collection "Stylized protectors of the Turks" Land of Olonkho "by Nadezhda Pakhomova won the first place. The second place was taken by Aziyana Kharlampyeva with the collection “Women's costumes of the Yakut intelligentsia of the 19th century”. The third place went to Anna Semyonova's "Family National Clothes" collection.

The nomination "Retro Ethnic Costume" gathered the largest number of winners who took second place. The first place was taken again by Yakutia - the National Center for Applied Arts and Artistic Crafts "Simekh" with the collection of Nikolai Nikitin "From Tradition to Modernity". The second place was shared by three participants of the competition: Alexandra Gavrilieva with the Vilyuychanka collection (Keskil Children's Center named after N.I. Protopopova, Algys Leisure Center), Aigerim Azisova with the Samgau collection (GKKP Almaty State College of Service and Technology ) and Natalya Chugunova with the collection “Forward for the Sun!” (BPOU "Cheboksary Art School (Technical School)", Ministry of Culture of Chuvashia). The third place was taken by Madina Ilgamova with the collection "Inspired by the Urals" (Moscow People's Bashkir Theater "Ilgam" at the Plenipotentiary Representation of the Republic of Bashkortostan). 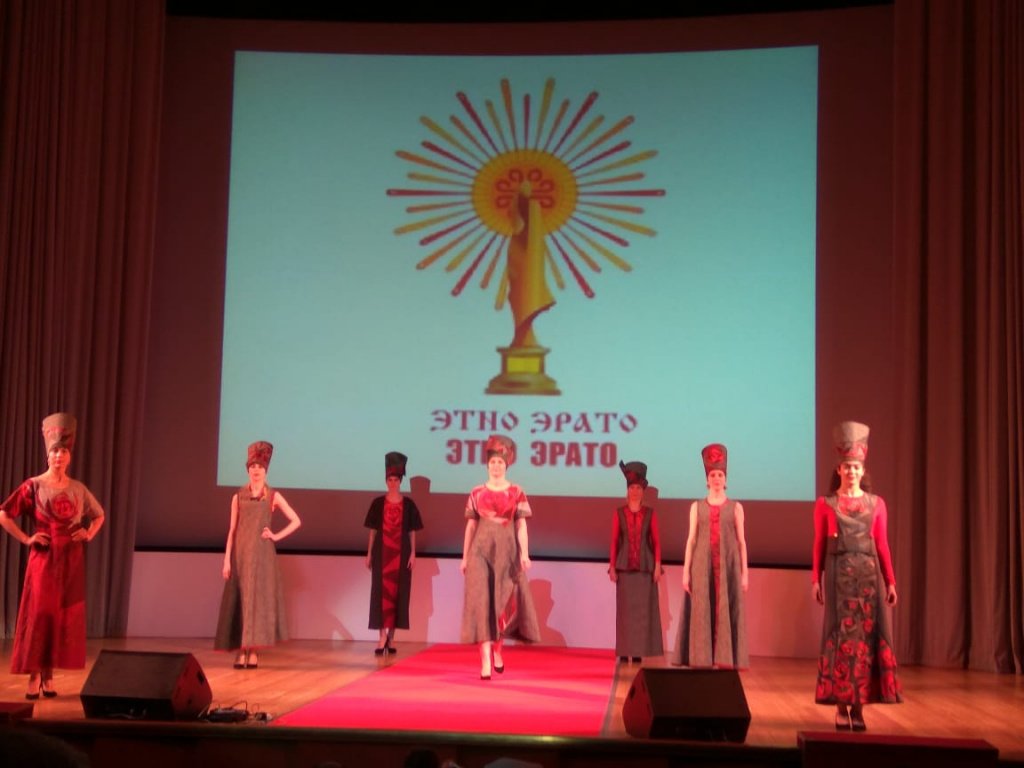 The nomination "Ethnic motifs in modern costume" turned out to be the most popular among designers. The first three places were taken by six winners. Collection "Russian Trend" of the Moscow Creative Studio Fashion Theater "Laboratory Design-Fashion" (GBOU DO TsVR "On Sumskoy", Moscow, Russia) and the collection "ETNO-SAHA" Alexandra Gavrileva (Children's Center "Keskil" named after N.I. Protopopova, Leisure center "Algys", Yakutia) took first place. The second place was shared by the collection "Ethnographics" by Ekaterina Sarayeva (MBU DO "Palace of Pioneers and Schoolchildren of Kursk") and the collection "Aykiz" by Balzhan Ospanova, Zhamilya Nurmanova and Svetlana Efremova (KGKP "Almaty College of Fashion and Design"). The third place went to the collection "I dreamed of a red color" by Ksenia Dmitrieva (Russia, Moscow) and the collection "Voice of the native land" by Victoria Lozhkina and Anastasia Barabanova (Student creative workshop "Shaer", Federal State Budgetary Educational Institution of Higher Education "Udmurt State University", Izhevsk, Udmurtia). 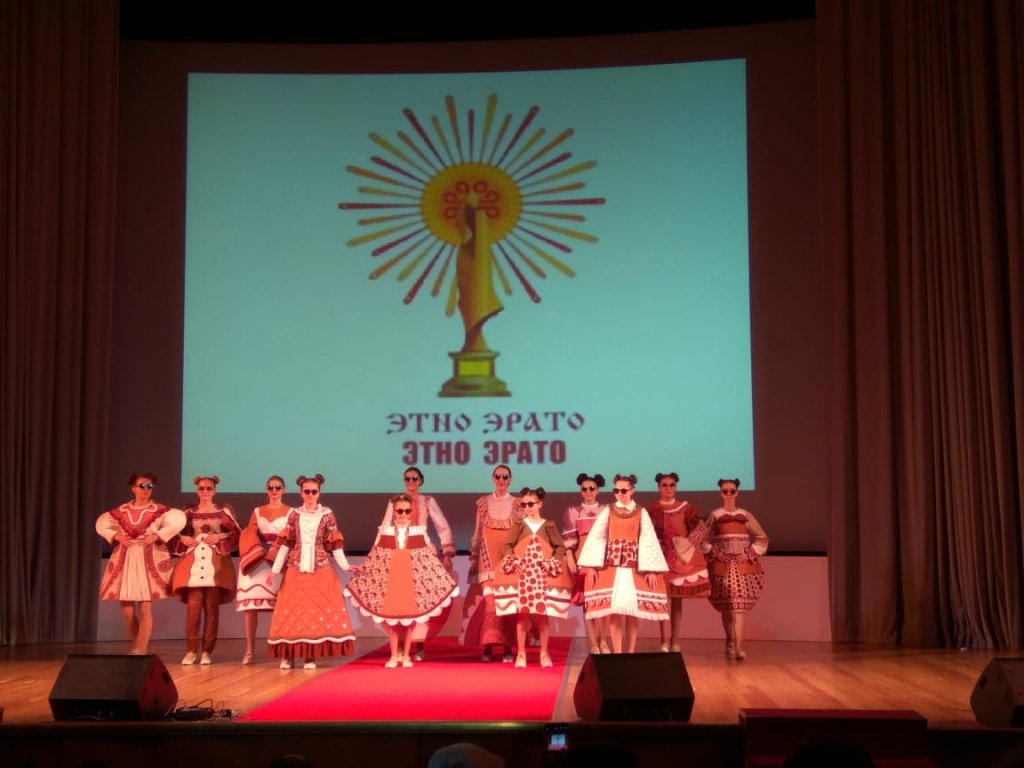 "The best ethnic stage costume in action" at the gala concert was shown by nine winners of the competition. There were three winners for each prize. The first place was taken by the collections "Petersburg Secrets" (Exemplary team of the Katyusha Costume Theater (Gatchina, Leningrad Region), "Warrior of the Olonkho Land" by Alexandra Gavrileva (Children's Center "Keskil" named after N.I. Protopopova, Yakutia) and "Spirits of the Steppes " Andrey Neveritsky (Theater of fashion and costume "On-Kum" at the Regional Center of Culture of Shagonara, Tuva). Second place - collections "Kolyadnaya" by Anastasia Pozdnyakova and Daria Filipenko (Establishment "Minsk State PTK of Sewing Production", Minsk, Belarus), "Pattar suvar pikisem" ("Brave Suvar beauties") of the group of third-year students of the department "Theatrical and decorative art" of the BPOU "Cheboksary Art School (Technical School)" (Cheboksary, Chuvashia, Russia) and "An item of deep antiquity" of the Folk Ensemble of Ukrainian Song " Pokut" of the Center for Ukrainian Culture MBUK of the city of Sochi "Lazarevsky RCSC named after K.S. Mazlumyan" (Sochi, Krasnodar Territory, Russia). The third place was shared by the collection "Gingerbread" by Valeria Zhilina (MBU DO "Palace of Pioneers and Schoolchildren of Kursk), the Muscovy collection by Anastasia Chernyshova (Sparrow Hills State Budget Educational Institution, Vasilisa Fashion Theater, Moscow) and the Seasons collection by Raisa Petrova and Muza Teteleva (p. Betyung, Vilyuisky Ulus, Yakutia).

For the "Best costume of the Finno-Ugric peoples" the organizers presented a diploma from the "Times" collection (N.P. Ogarev National Research Mordovian State University, Art Theater Od Varma, Saransk, Mordovia, Russia). Certificates of honor were awarded to the author of this collection, Larisa Meleshkina, and its director, Irina Sidorkina. 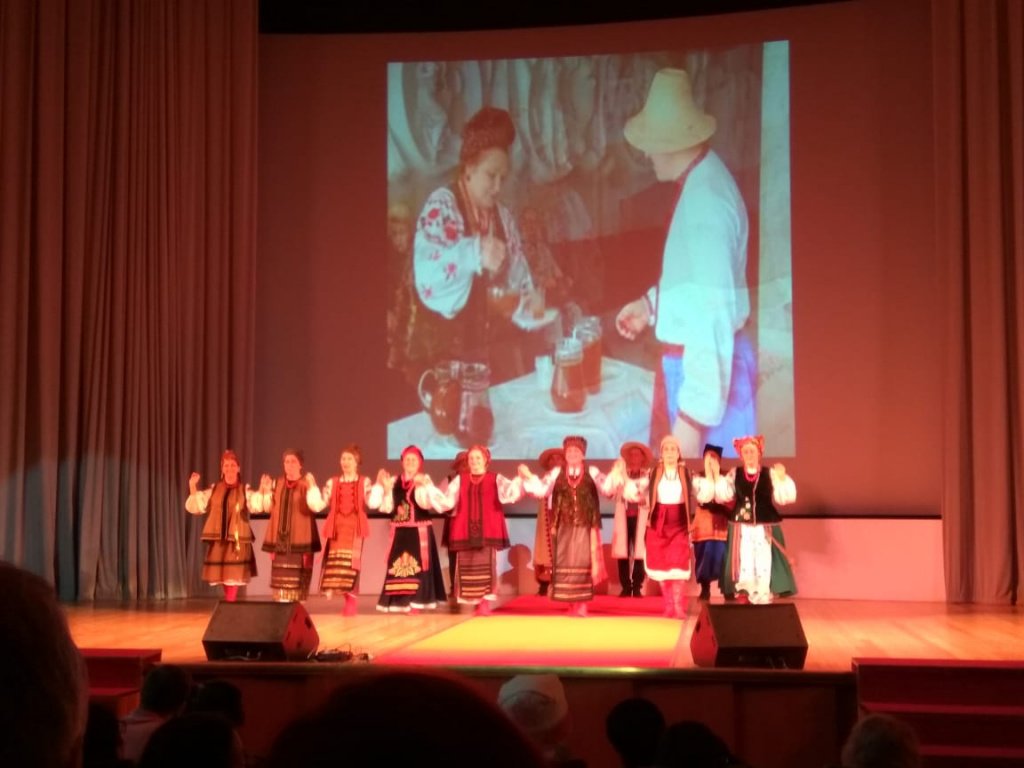 On Peace Day, the Assembly and UNESCO placed emphasis on international solidarity

The Secretary General of the Eurasian Peoples' Assembly accepts congratulations