The Secretary General of the Eurasian Peoples' Assembly Andrey Belyaninov announced the holding of the 6th session of the International Public Forum "Preserving the memory of the Second World War and the Great Patriotic War".

On Saturday, December 5, we are holding the sixth International Public Forum "Preserving the Memory of World War II and the Great Patriotic War." The forum draws attention to the issues of preserving the historical memory of peoples, supports the movement against the erosion of the value and semantic aspects of history, falsification of the results of the Second World War. The live broadcast of the forum speeches will begin at 11:00 (Moscow time) on our partners' YouTube channel "Digital History".

I invite you to join our work. Together we can do even more in this direction.

The Eurasian Peoples' Assembly is interested in cooperation with public organizations and associations of our continent and in other areas of activity. We invite all to our ranks. We believe that the cause of the world is the work of the whole world,” Andrey Belyaninov said.


Recall, the Eurasian Peoples' Assembly, together with partners the Eurasian Academy of Television and Radio and the Digital History Research Foundation, is holding the forum for the sixth time. For the first time held within the framework of the XV Sevastopol International Festival of Documentary Films and TV Programs "WIN TOGETHER" -vtoroy-mirovoy-i-velikoy">in May 2019, the forum was continued at the Baku Slavic University in October 2019 with the support of the Ministry of Culture of Azerbaijan and the Russian Center for Science and Culture, in February 2020 - held in Yalta as part of the international scientific conference "Yalta-1945: history lessons", June 17, 2020 more l online with the participation of experts from 15 countries, and at the beginning September 2020 - in the city of Sevastopol.

Sessions of the International Public Forum "Preserving the Memory of World War II and the Great Patriotic War" - part of the international megaproject of the Eurasian Peoples' Assembly "We won together for peace".

The Eurasian Peoples' Assembly is an international non-governmental organization that aims to form a social integration model in the name of establishing peace and harmony through the development of multilateral cooperation and public (people's) diplomacy. At present, the Eurasian Peoples' Assembly unites representatives of more than 40 countries.

About the Megaproject "We won together - for the sake of peace"

Megaproject of the Eurasian Peoples' Assembly "We won together - in the name of peace" the name of the world" - these are international public forums for the preservation of historical memory of the Second World War and the Great Patriotic War; Sevastopol International Festival of Documentary Films and TV Programs “We Won Together”, international commemorative events in honor of the significant events of World War II and the Great Patriotic War and other events. Information and news of the Megaproject - in a special section. 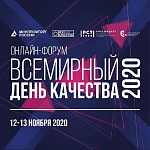 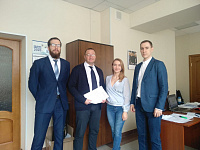 The AN office in Bashkiria joined the volunteers