The subject of the agreement is cooperation and interaction aimed at supporting public and state initiatives, events and actions to preserve peace between peoples; assistance in the development of relevant projects and programs for the development of activities in the field of international cooperation; organization of dialogue between the peoples of Eurasia and promotion of multilateral relations in all spheres of public life.

About the Assembly of the People of Kyrgyzstan

About the Assembly of the Peoples of Eurasia

The Assembly of the Peoples of Eurasia is an international non–governmental organization aimed at forming a public integration model for the sake of establishing peace and harmony through the development of multilateral cooperation and public (people's) diplomacy in the Eurasian space. The Assembly unites representatives of more than 53 countries. The organization has concluded more than 150 partnership agreements in the field of culture, entrepreneurship, development of integration ties between the peoples of Eurasia and public diplomacy. Website – http://eurasia-assembly.org 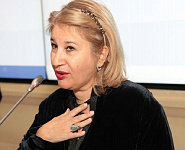 "Living Cities" will talk about urbanism

On April 22, the Assembly invites to a round table on happiness