cooperation agreement was signed between the International Union of Non-Governmental Organizations "Eurasian Peoples' Assembly" and the "Digital History" Research Foundation.

The parties agreed on the joint implementation of socially significant programs, projects and cultural, educational, scientific events in the field of international cooperation.

The Secretary General of the Eurasian Peoples' Assembly Andrey Belyaninov and Director of the Research Foundation "Digital History" Yegor Yakovlev. The signing ceremony was broadcast online from the headquarters of the Assembly in Moscow and the Foundation in St. Petersburg.

After the signing of the agreement, Secretary General Andrei Belyaninov emphasized: memory of the Second World War and the Great Patriotic War. We have the opportunity to raise noble and humanly just topics. We cannot be silent about this, and let us not be silent. We do not need success, we need historical justice to prevail.”

“I am glad that the signing took place. It is a great honor for us, but also a great responsibility. We are at the beginning of a long journey. And we have a specific goal. This goal is to have the genocide of the peoples of the Soviet Union by Nazi Germany recognized at the state level. Unfortunately, no such recognition has taken place so far. Moreover, part of our public denies the very fact of the genocide. Crimes committed in the occupied territories of the Soviet Union are declared excesses, war crimes, but by no means genocide, by no means the result of the targeted, planned extermination of citizens of the USSR. Our task is to dispel all doubts and achieve recognition of the genocide at the state level. I think that this task is within our power, and I am very glad to find such colleagues and associates in this noble cause,” said Yegor Yakovlev, Director of the Digital History Foundation, for his part.

The Eurasian Peoples’ Assembly and "Digital History" on December 5-6, 2020 jointly held -voyne-sobrala">6th session of the International Public Forum "Preserving the memory of the Second World War and the Great Patriotic War" in the "House of Friendship of the Leningrad Region" in St. Petersburg and the Museum "Road of Life" in Vsevolozhsk (Leningrad Region , Russia). The theme of the forum is "Genocide and other crimes of Nazi Germany during the war against the USSR." It was attended by leading experts on this issue from different countries of Eurasia. In the scientific community, the event received a wide response.

For the first time held within the framework of the XV Sevastopol International Festival of Documentary Films and TV Programs "WIN TOGETHER" in May 2019, the forum was continued at the Baku Slavic University in October 2019 with the support of the Ministry of Culture of Azerbaijan and the Russian Center for Science and Culture, in February 2020 - held in Yalta as part of the international scientific conference "Yalta-1945: lessons of history", June 17, 2020 was held online with the participation of experts from 15 countries, and at the beginning of September 2020 – in the city of Sevastopol. Sessions of the International Public Forum "Preservation of the memory of the Second World War and the Great Patriotic War" - part of the international megaproject of the Eurasian Peoples' Assembly "We won together for the sake of peace"< /a>.

This was recalled by the First Deputy Secretary General - Head of the General Secretariat of the Eurasian Peoples' Assembly Svetlana Smirnova. “Forums make a significant contribution to the preservation of peace, the establishment of historical justice and once again remind of the importance of the instrument of public diplomacy, helping to build strong humanitarian bridges. It is important to turn the vector of public consciousness towards peaceful and creative images of the memory of the Great Victory. It is important to unite all sound forces in this direction,” Svetlana Smirnova emphasized.

About the Eurasian Peoples' Assembly  ;

About the Digital History Foundation

Research Foundation "Digital History" is a scientific and educational historical society, which sets as its main goal the preservation of historical memory and the restoration of historical truth and justice. The Foundation actively promotes these ideas on its website and in its official social media accounts, and regularly holds popular science festivals. Website – digital-history.rf.

The pandemic has opened new horizons for creative people 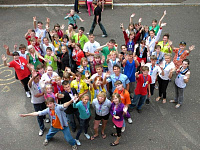 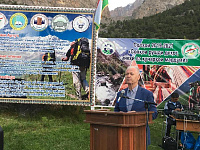